“Honey, you should run for the school board and fix that mess!”

“Martha, instead of griping about the issues, why not just run for office yourself?”

“Hey, Joe, some of th’ guys were talkin’ and think you’d make a good candidate for the legislature.”

As a student senator in college, we’d sit in the student union over an Old Style (maybe more than one) and figure out which city council member or county board member was going to retire. Then we’d crank up the campaign machine to get one of our better looking student friends elected. Sometimes it worked. That was pre-social media and pre-internet, and pre-stone age. Campaign stone-flyers, the original tablets, were dragged from cave to cave via woolly mammoth. Lol.

Recently, the Williston Herald ran a story on the offices up for grabs this year. (In the digital world, they call that ‘click bait‘). The basic process of running for local office (town, school district, city, park board, county) is fairly straight forward. Get the proper number of signatures for the proper office, and get on the ballot. And it’s free. That’s kind of cool, actually. I’ve known 18 year old mayors, 22 year old state legislators, and 30 year old congressmen. There aren’t too many barriers to getting on the ballot, save for a felony maybe. 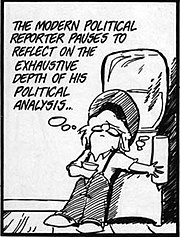 Incorporating your true political sagacity, there are practicalities you should consider, like, you know, life. Can you devote enough time to do what is required to properly represent your interests or district? Are there issues you are more interested in than others? Is there an open seat, or how many votes or dollars will it take to win?

Although it might be fun; generating tweets, comments, shares and likes via social media doesn’t really count as making a difference.

For what it’s worth, there’s really only one consideration that outweighs all the others:

Do you want to make a real difference?

There is one question political pollsters prefer over any other when trying to gauge voters’ feelings about a candidate:

“Is the country [state, city, school district, etc] headed in the right direction or on the wrong track?”

This is in part due to the vagueness of the question, and partially because people generally pick one or the other and there isn’t a middle choi 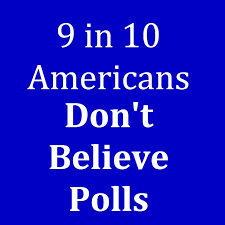 ce. Using a subjective numerical scale to determine how much a voter likes a candidate, or how likely a voter may or may not cast his or her vote for a particular candidate is much tougher. “On a scale of one to ten, would you say you are VERY likely, SORT OF likely, KIND OF likely, MOST likely to vote for…? I’ll pick 4, 5, 6 almost every time. Those answers don’t do squat for statisticians and pundits.

I’m pretty good about answering any polls or surveys when asked, because I used to do political polling and phone calls back in my early political days.  Any good college political science student raises his or her hand to help on local campaigns.  “Campaign Assistant” sounds so cool on a young, hungry poli-sci resume. That is until you realize the job is making blind calls from 5:00 pm to 9:00 pm  for some schmucky dog catcher candidate you will never meet. No selfies in those days. You might get a button, a signed brochure, and a free meal on election night.

So let’s bring this thought to our business community in Williston and Western North Dakota, and ask again: From a business, economic and jobs standpoint; are we headed in the right direction, or are we on the wrong track? It might depend on which level of government to which you refer.

I’ve written before about how our federal rulemakers (not lawmakers) have been ‘helping’ small businesses the past few years; and how they’ve unleashed a series of administrative rules which if fully implemented, will stifle growth and cost the United States thousands of jobs. The “unelected government” comprised of appointed cabinet level officials, under deputy assistants to the secretary, and a plethora of bureaucratic spinsters spew out thousands of new administrative rules and interpretations of laws that not only hinder free markets, but clamp down on the American dream.

Pro-business lawmakers can only do so much during a term before it’s time for another election. Make no mistake, if the current federal regulatory environment continues, it won’t just be the price of a barrel of oil that muffles our economic growth potential in western North Dakota. It will be our own federal government. We need to recognize that the free enterprise system might not be perfect, but that same system also has built this country into a political and economic super power.

Good thing for businesses we have some choices in 2016. Let’s make the right ones.

Sidebar: Thanks to State Senator Brad Bekkedahl, North Dakota Public Service Commission Chair Julie Fedorchak, and North Dakota Department of Commerce Commissioner Al Anderson for making our first attempt at the “Eggs & Issues” policy forums a smashing success. We’ll be planning three more in the spring so watch for them. Maybe we’ll even have some eggs.

Don’t look now, but it’s already campaign season. Remember when Labor Day weekend was the official kick off to the campaigns, during the actual election year? When did it become an 18-24 month process to campaign for office?

North Dakota voters will decide no less than eleven (11) statewide offices in 2016, and at least one statewide measure. ELEVEN!!! From President, Vice President, Governor, Lt. Governor; to US Senate, US Representative (ND has one US House seat, so by default, it’s a statewide race). Then you can vote for State Treasurer, Superintendent of Public Instruction, Insurance Commissioner and Tax Commissioner. Holy hanging chads, Batman!

We’ve now seen twenty (20) declared Republican presidential candidates and six more have exploratory committees, while on the Democrat side of the aisle nine (9) candidates have declared their desire to live on Pennsylvania Avenue in our nation’s Capitol City. That means it will be virtually impossible to escape any campaign messaging, no matter how you get your news and information.

You can thank the the kajillion news channels and quadzillion internet options for candidates to get their message out – all which require billions of dollars. The media LOVES this idea of candidates spending your donations on more ‘impressions’ and ‘likes.’ For whether you actually write a check to a candidate, go online and like a MEME of Governor Chris Christie (there’s quite a few good ones btw), or buy a home, the campaigns are actually spending your money.

Let’s take a look where most Presidential campaign donations are generated. According to OpenSecrets.org, more than $1.2 billion was spent by

Obama and Romney campaigns (for a job that pays $450,000). If you look closely at all of the top donors, most of them are companies, Political Action Committees, and bundlers. There were no federal dollars used in the 2012 Presidential campaign.

Here’s the bombshell: It’s all yours. All of the money used, with the exception of President Obama’s $5,000 and Mitt Romney’s $52,000 personal contributions, was yours. Did you buy a computer in 2010-2012? Microsoft contributed more than $800K to the Obama campaign. Oh what’s that you say? You didn’t vote for him? But your money did…

Do you bank at or have investments with Wells Fargo or Bank of America by chance? Combined, they wrote checks to the Romney campaign for about $1.7 million. But you voted for President Obama? Bummer, eh? Your money supported the loser.

Did you buy a new home in 2011? Did you know the realtors organizations and lobby groups gave more than $15 million to Romney and more than $7 million to Obama for the 2012 campaigns? Yikes.

My point is no matter what you buy, which organizations you belong to, or who you support; we ALL are contributors to political office candidates in one form or another. So you can’t really prevent your money from being spent on a political campaign, unless you live in a van down by the river. Here’s my suggestion for 2016: how about becoming an informed voter?

Strengthen the influence and reputation of the Chamber through bold and thoughtful advocacy and public policy initiatives.

Through voter education, issue identification, candidate forums, the Chamber will help our Members and the community be more informed as the election nears. So while you can’t ultimately prevent all of your disposable income from finding its way to someone’s campaign coffers, at least you can learn about the issues that matter most to you, your family, and your business.

Then make an informed decision about your vote. You only get one.