An oft-quoted Ronald Reagan line from an address during his second administration goes like this:

The nine most terrifying words in the English language are

“I’m from the government, and I’m here to help.”

While the late President had a way with Hollywood one-liners that would garner a chuckle in a room of media types, no one laughed this time. And today, the US Chamber of Commerce and the business community in America isn’t laughing either.

Recently our federal government has been on a roll, and we all know what rolls downhill. The business sector, large and small, corporations and Mom and Pops are feeling the effects of all the “help” Uncle Sam has tried to feed us as the current Administration comes to a close. Here are just a few:

Let’s not forget our legislative and administrative branches that have failed to pass a long term transportation funding structure, failed to renew the Export-Import Bank, did not approve the Keystone XL pipeline project, and continues to ban the export of U.S. crude oil. 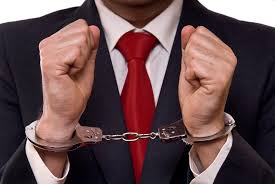 I’m not sure how much more government help the US economy can stand! We’ve become the land of the free and the home of the regulated.

Don’t misunderstand me, I’m all for adequate and reasonable regulations in our society. But when the economy continues to sputter in nearly all sectors, why does passing and enforcing more regulations count as good for business? America’s business owners, retail shops, service industries, corporations and farmers are fully capable of complying with rules, even those that may be a bit over reaching.

Now if only the federal government (state and local, too) would just stop changing the rules all the time. Regulatory reform and regulatory certainty is sorely needed in our economy as much for the consumers as the businesses themselves.