You mean I actually have to GO to the gym to get healthy? But I’m a member…

What do I get for my membership?

What have you done for me lately?

Chamber executives and staff continually commiserate together to come up with creative and value added answers for these common three questions. One of the first expenses scrutinized in a for profit business are subscriptions and memberships. They are voluntary, and when it comes to belt-tightening, it’s very easy to ‘non-renew.’ Let’s compare a Chamber membership (completely voluntary) to a gym membership (also completely voluntary). Just for fun.

…but only if you use it.

Chambers offer various opportunities to network with leaders, become involved in community activities, work with other businesses on events and programs through committees and advocacy.
Gym memberships offers a chance to learn a healthy lifestyle by working with others who want the same goals.

Chambers care if you start to miss events, or decide to let your membership lapse.
The gym doesn’t care if you don’t attend, and will survive without you.

You went into business because you either had a new product or service, or you could do something better that was already being done. That’s your core business. The Chamber’s core business is representing YOUR business, helping you grow, network, learn new things, contribute to the betterment of the community. The way a nonprofit does that is through members collaborating together and having professional staff work on your behalf. Staying up to date with your membership investment allows the Chamber to conduct core business activities, which in turn allows you to do your core business function. Yet we are all working together.

I could change the oil in my car on my own, but I lack the tools, the time and the talent to do it efficiently. You could hire a lobbyist, event coordinator, community relations coordinator, meeting planner, education planner as well to help grow your business and watch out for your best interests. Wouldn’t it make more sense to be a part of something bigger? Something that has been around since 1907, and does these things as a core business? Of course it does.

But just like your gym membership…you have to use it to get the benefits.

I was officially welcomed to Williston recently; tagged by a delivery driver who was ‘not focused’ on both directions of traffic. Fergus was nicked up a bit, but he is fine. Fergus, by the way is the name of my 2013 Honda CRV. The naming of Fergus is another post.

I promptly called the Williston Police Department (it was about 9 pm on a Friday) and within about 4 minutes, we were

greeted by a strapping young patrol officer with creases in his uniform. He could have been a veteran officer in his early 20s, or a brand new addition to the force – it was hard to tell. I knew it was the Police Department by the license plate on the car that said “POLICE.” It makes it easier for everyone I guess. The process of giving statements and information was painless and delicious as I downed a Culver’s banana and strawberry sundae. And as anyone driving by would notice: things were less stressful since: a) we weren’t blocking Hwy 2/85 at 5pm; b) no one was injured; and c) everyone kept their heads. The citation ‘failure to yield’ went to the other driver, but it was the process itself that I appreciated.

We are quick to tweet a criticism, but slow to reach out a hand and say thanks. Thanks Williston Police Department for what you do for our City.

Playoff Mentality
The NBA and NHL are in the midst of buzzer beater three pointers and goal robbing, leather-flashing glove saves this month – the playoffs. I am a hockey guy by choice, and I was wondering something the other day as the Chicago Blackhawks were taking care of business over the Minnesota Wild.

You want to talk about playoffs?

What if you ran your business with a playoff mentality and what would it look like? Could you do it for seven days? Would you produce results or just exhaustion? Could you win four of seven days? What would that feel like or look like?

I think many people plan their weeks or work days like it’s game 76 of a 162 game regular season. Imagine if you came to work on Monday and found a note that said you only have seven days of work left, after which you will either be sent home (fired) or you get to stay and work another week. How would you react? What would you do?

The playoff season for professional sports is not just another game, despite what coaches and players tell the media. They require more focus, a better game plan, and precise execution of that plan by the entire team. Do you have cycles in your business life that require these traits? Has your supervisor said “this is it people; we either make this work, or we make some tough decisions.” It may not get that desperate, but it’s the mentality of that last game, that last quarter, that last minute that cause us to focus and execute.

If you are the leader, what do your actions say about your business season? Do you treat it like a pre-season, or an exhibition game where if you make a mistake it’s brushed off? When you are in a slow period, do you as the ‘captain’ of your team act like it’s just another inning (another day at work)? 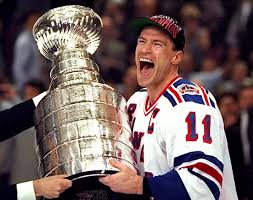 When you are the captain, and it comes together, this can happen. In business and in life.

And when is it time for you as the captain of your team, to act like it’s THE last game, THE last half of an inning, or the final minute of the period when the opposing goalie has been pulled?

Our Chamber is entering game five of a best of seven series which is tied at two games each. The next 60 days until Rockin’ Ribfest is our playoff season. We’re focused, we have the right teammates in place. Now we must execute.

Whether you are a team of one or one hundred, focusing for short periods of time with a playoff mindset will make a difference in your bottom line.

Shortly after taking the reins of the Williston Area Chamber of Commerce, and after buying an engine block heater, I took assessment of which programs and services were bringing value to our members, and which ones were left over as relics of chamber days gone by. The second part of that process is to ascertain what is missing in our program offerings that other chambers execute as a part of their program of work. Then it hit me like a Duncan Keith body check (Stanley Cup playoffs always invoke a hockey reference or two). We don’t have a business conference! About business stuff. In the fastest growing city in the US.

Jeff and Scott during the ‘Aha!’ moment

I contacted Jeff Zarling at DAWA Solutions Group ,who produces quality seminars as part of his business, and started talking to him about what the Chamber should be offering its Members regarding management, networking. and leadership information. One “Mad Men” thought led to another and poof, Level UP 2015 was hatched. “Take Your Business and Career to the Next Level – Level UP!”

We needed a top notch keynote speaker to kick it off. The new Culver’s Frozen Custard store broke ground last November, and CEO and co-founder of Culver’s, Craig Culver, was in Williston to participate. I was bold enough to ask, and lucky that he had May 20 open on his schedule. The list of sessions was way longer than we had time alotted, so we narrowed it to some big topics that hit every business in the Williston area:

Then we needed to assemble a panel of experts on each topic, which was fairly easy since both Jeff and I make it a priority to network and get to know people and companies in Williston who are making things happen. One day, six hot topics here in the region, 23 sponsorship opportunities, and 300 people.

Strive not to be a success, but rather to be of value

The value of this business conference is pretty simple. Bring together peer experts to discuss and solve problems we all face doing business in an emerging market, make attendance and sponsorship affordable, and provide more value than is expected. We partnered with someone who does this for a living (DAWA Solutions), project modest revenues, and believe our timing is perfect.

Is our Chamber overreaching on something like this – at this particular moment in our economic cycle?