Remember when writing a 250 word essay in school was torture? Yeah. That wasn’t me. Really? 250 is all we get? Dang, how am I going to fit what’s 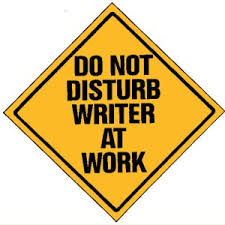 in my head to only 250 words? Well through the power of the blog, I can now fill up three times that amount with no restrictions. Except your attention span. Which is already 70 words in…

First impressions, second thoughts, and the third degree…
(a tribute to one of my Madison-based sportswriter heroes, Andy Baggot)

My first impressions of our State Legislative the last 80 some days range from puzzling, to interesting, to frustrated, to grateful. My background of state politics is fraught with filibusters, procedural roadblocks and power hungry legislators who use their committee positions to further the party’s agenda. While the actual structure of the North Dakota Legislature is curious (so many legislators representing so few residents) and the process is a bit outdated (meeting 80 days every other year), I did find the people part of the experience most enjoyable. In my opinion, the biggest challenge facing North Dakotans isn’t the price of a barrel of oil. Rather it will be whether the very real NDEast vs NDWest divide will grow wider, or whether we can build some political and economic bridges to benefit residents and businesses in the long run.

It appears the City Commission has second thoughts about enforcing the newly created parking ordinances. These laws were not passed in haste, nor treated lightly. More money and time was spent designing a solution between the past (everything should be free) and costly state of the art, electronic metering. It appears the new ordinances will be enforced after Main Street construction improvements are completed. Last year the streets were in shambles from July through November. Word is now they will start in May and be done at the end of July. We’ll keep an eye on that for sure..

Today my third degree drills (pun intended) down into the main stream media, social blogosphere and anyone else who tries to “report” or “cover” the economy in Northwest North Dakota.

I wasn’t going to use the blog to rant, but it’s hard to refrain sometimes.

The transition from boomtown to hometown continues. Stay tuned for the next few seasons to see what happens.